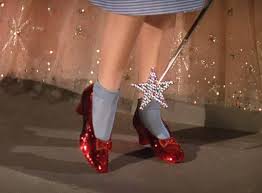 I remember being in the supermarket round about when I was 34 and the kids were 4 and 2.  I could still fit both of them in the little sitting area of the grocery cart and I would soon learn that this containment is what contributed to grocery shopping being a small respite for a couple of glorious years from the everyday hectic schedule that was my life.  I was a very new single parent and my life was consumed with child rearing and making a living so we could be at the grocery store.

A woman approached us in the produce aisle and commented on how cute the girls were.  I must have made some comment about how they kept me busy and life was busy and I was always busy, busy, busy and oh yeah, tired.  Her words to me were this:  Just wait until you’re older and your body no longer produces eggs and you’ve dried up.  You’ll wish that you could have this again so enjoy it now.

Okay crazy lady in the produce section, I thought, something of yours has dried up and it could well be your brain.  I gave a hesitant smile and pushed past her to the mushrooms.

Yet, I’ve never forgotten the encounter or her words.  Here I am ten years later (please don’t do the math) and those two sentences seem to have taken up shop in the recesses of my brain.  I’ll be damned if at least once a day I don’t think about how I’m inching my way toward expiry, soon to cross-over into the reality of empty egg cartons and the void that surely must accompany that, at least for some amount of transition time.

I’m struggling.  There, I said it.  The crazy thing is I don’t think this is even about me wanting to create another child.  Maybe the real crazy thing is that I’m apparently on the fence about producing another offspring.  Let’s put that aside for now.  The biggest part of this whole thing is losing the option and in doing so, saying goodbye to a huge piece of what I associate with my femininity, my being a woman, some of what I perceive as making me valuable, dare I say, desirable.

I’m really hoping for the guys to ring in here and say “hey moron!!!”, women are not desirable to us because they can reproduce.  They’re desirable because they’re soft and curvy and young.  Rats.  I guess I’m failing here on a couple of levels.

Enough about the guys though, I’m actually pretty interested in what other women are experiencing.  I know several women who have had a kid or two or three and can say without a shadow of a doubt that they’re done. No how, no way are they having any more children.  D-O-N-E.  They’re glad they’re reproducing is over with even if they have ten or fifteen more years of fertility ahead of them.  They say it loud and proud.  I never quite understood the proclamation.  That absolute certainty line has always been a wavy one for me.  Having said that, I haven’t gone out of my way to have another child.

I also know women who have chosen not to have children or who have not had children due to circumstances.  Does the clock tick as loudly and as ominously for them?  Is post-fertility a welcome stage?  I think every one of us struggles at one time or another with aging but as women is hard to ignore that a large part of what makes us biologically unique is taken away, like it or not.  Bam.  Here’s a hot flash instead, sucker!  Wouldn’t it be more fair if at least at say age 50 penises rolled up like the wicked witch’s legs when the house landed on her?  We aging women would at least have a nice pair of ruby slippers to look forward to.

Nope, I don’t like it.  I don’t like it at all.  Aside from saving tons of money on sanitary products I’m not quite seeing the upside.  Yet.  I’ve heard other women speak about post-fertility as a wonderful, creative time – a new chapter in their life.  Hmm.  I’m just a wee bit skeptical, a wee bit freaked out, and a wee bit pissed off at the psychic from the grocery store. 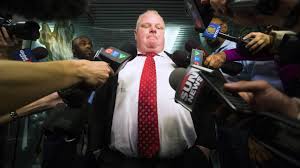 Here’s the thing about Rob Ford.  He’s an ass.  I don’t say that lightly.  What started as unbelievable, morphed into bizarre, slid into unconscionable, dove into incredulous and currently sits in asshole-ville.

It was one thing to watch this guy slowly being unveiled, kicking and screaming like a child in full tantrum, pointing fingers, becoming incensed at allegations (the majority of which have turned out to be true), and apologizing with the sincerity of a bullfrog who has just swallowed a horsefly.  Now we have to watch and listen as this lying man-child traverses North America bragging about his unsubstantiated claims of saving “our great city” a billion dollars on his watch – probably a watch he won in an illegal gambling den under a cloud of crack smoke and naked women. 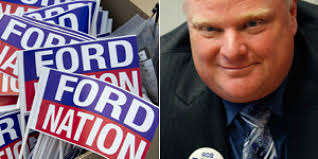 Essentially this man is using his dirty, tarnished image as a means of gaining and maintaining attention and notoriety, a platform from which he then swings his bully dick and campaigns for re-election.  It won’t surprise me in the least when more supposedly secretly filmed “episodes” of Rob Ford acting insane surface as the campaign heats up.  Fodder anyone?

As a Torontonian I can say that what this man is doing is so far removed from genuine campaigning that it galls me every time he speaks the words “Ford nation” (puke, puke, puke) or his line that voters will decide in October if they want him back as mayor.  Hey asshole, I don’t even want you as a citizen.  I already know we’re going to be stuck with you as some white trash reality show TV personality when you finally get kicked to the curb.  Or maybe you and O.J. Simpson could pair up on a show and call it “Bullshit Nation and Gloves.” 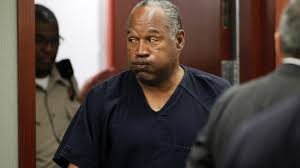 I wish this guy and his pasty brother, Doug, would just bow out and go away.  However, I know it’s not going to happen, even when our chief of police is found bound and dead in an empty rib truck.  Rob Ford, licking his barbecue-sauce-drenched fingers, will simply provoke the masses and tell us like the idiots he thinks we are that he has nothing to hide, and that he’s the mayor goddammit, just a regular guy, and we have nothing to say about it until October 27th.  So there, suckers!  Talk about abusing democracy.  Dick.